During the Medieval Era, there were a lot of political changes. The end of the Roman Empire opened a new time when some new kingdoms appeared. With the pass of the centuries, some of them growth, some of them disappeared. In the Iberian peninsula, this interesting issues were combined with the strains between Christian and Islamic kingdoms.

The reflection of this political situation in the transportation networks can be seen in the following map. Here you’ll find the documented medieval roads of the Iberian peninsula. Most of them represented the continuity of the Roman road systems. Probably, the most significant changes from Roman times can be found in the evolution of some roads which changed their importance. 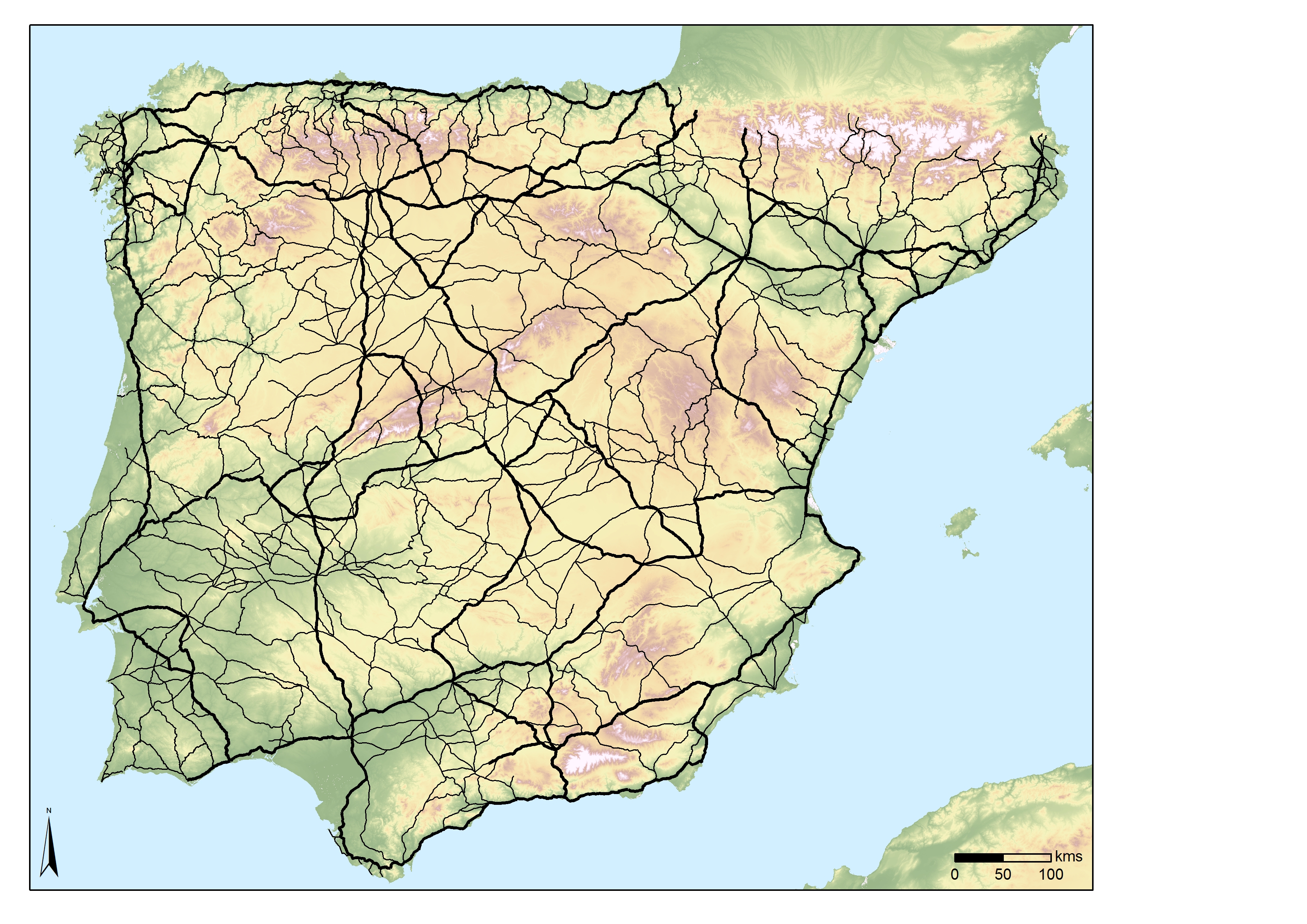 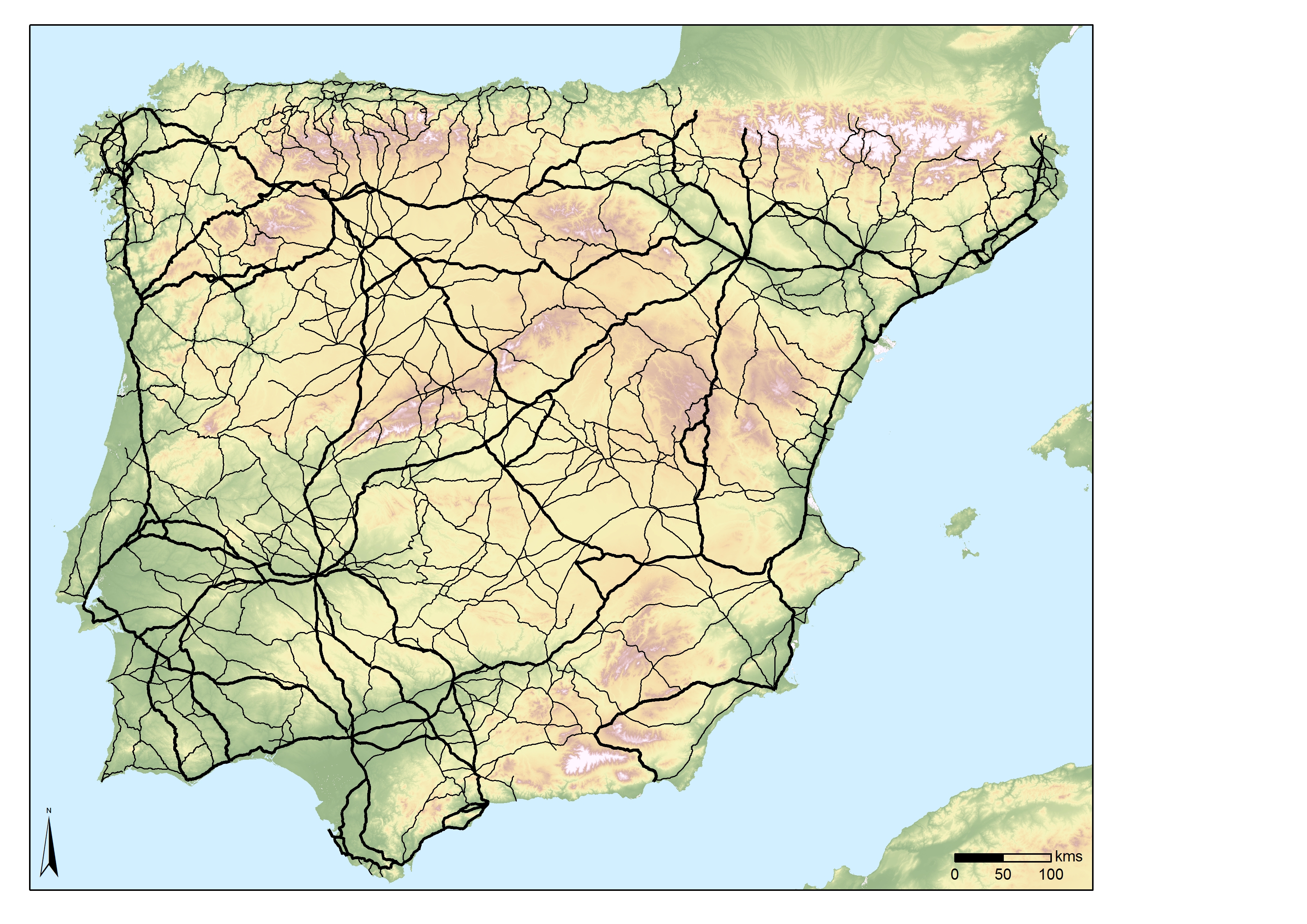 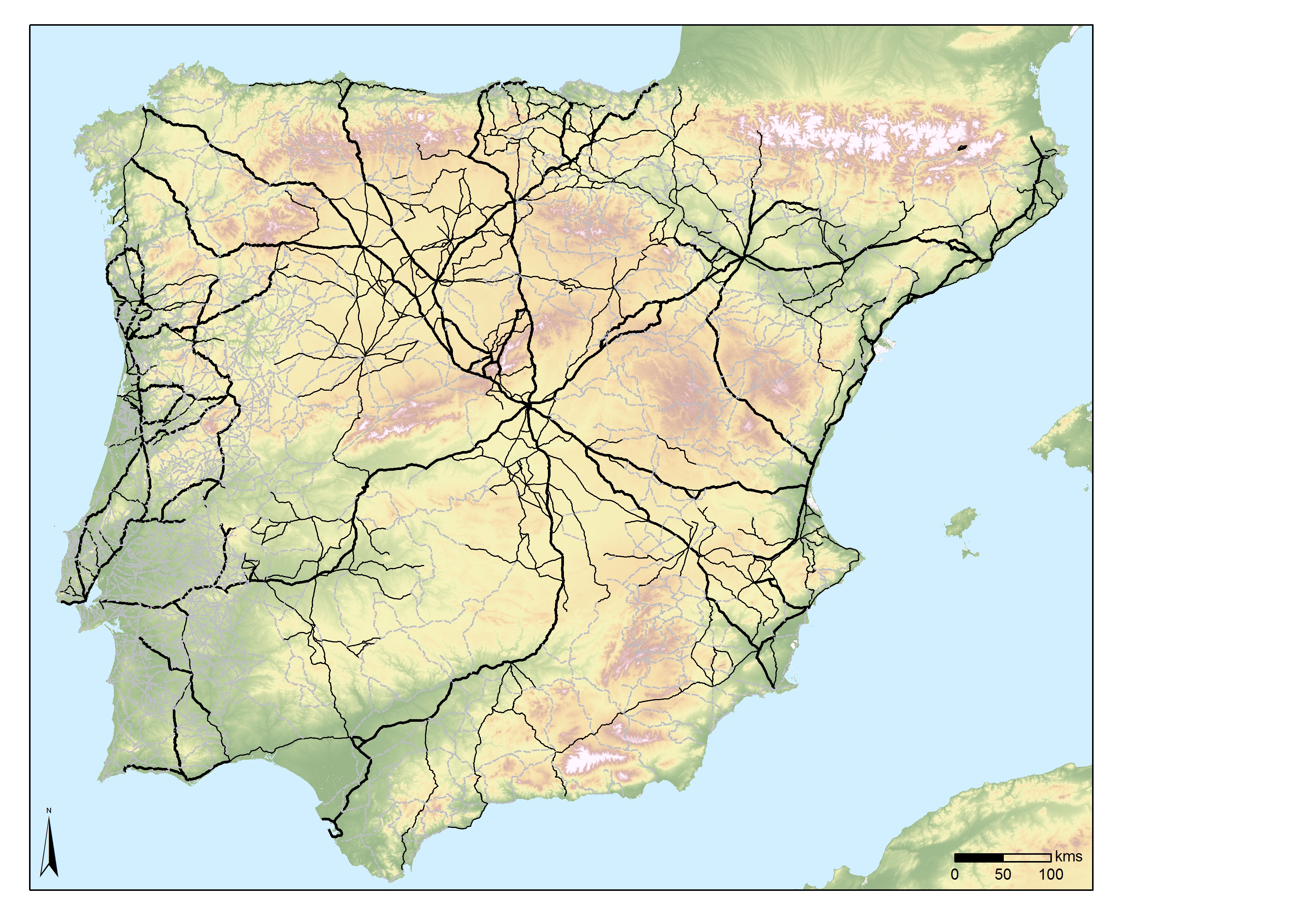 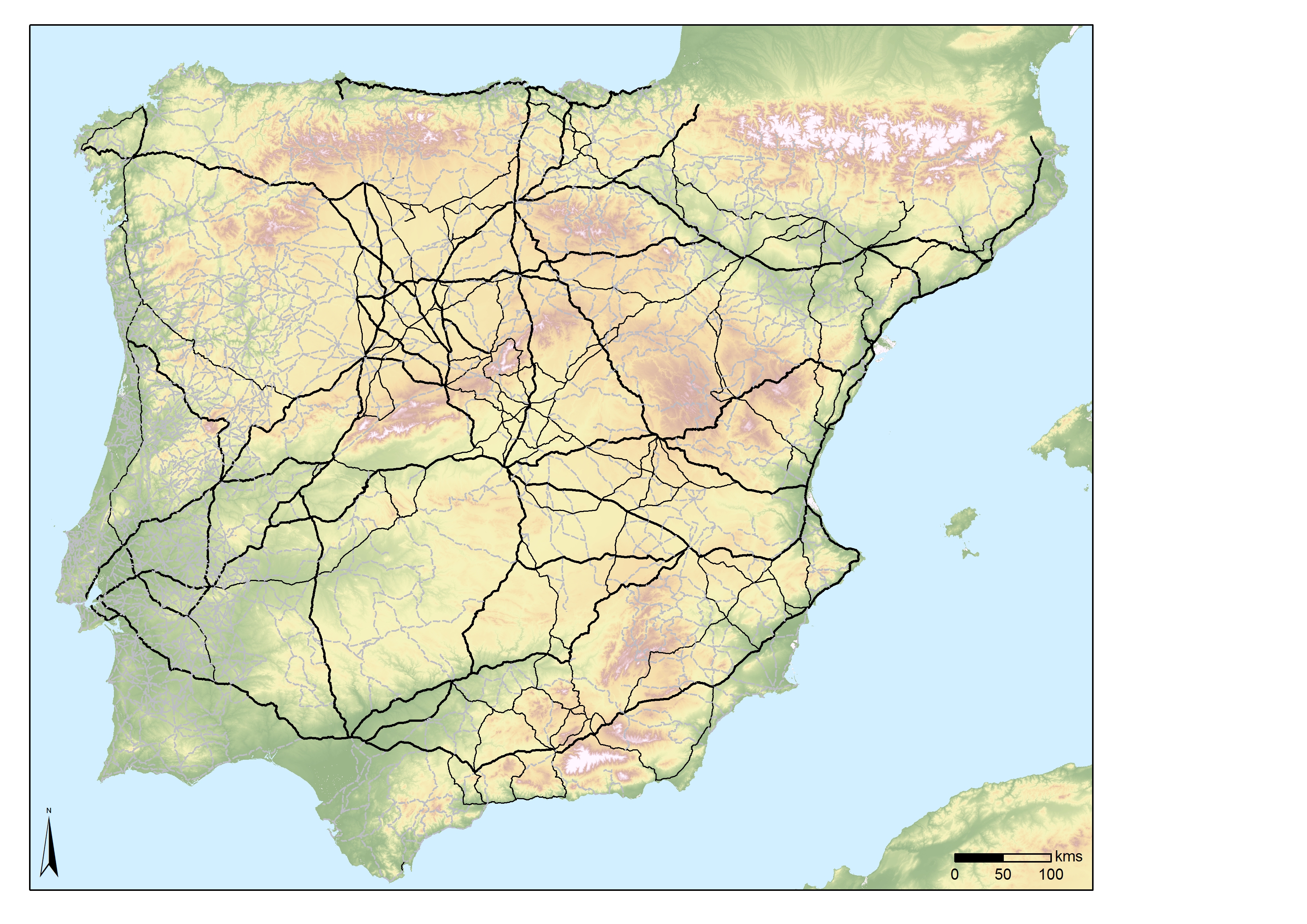